"It changed my life"

At the end of the opening Quik comes rushing in, straight from New York. Niels SHOE Meulman leads him around the exhibition. After all, it’s also his story. Amsterdam Museum curator Annemarie de Wildt reports on the opening of Graffiti. New York meets the Dam in the Amsterdam Museum.

Everywhere people meet each other, sometimes after years and years. Sometimes in person, sometimes as an image from the past. Louise Teylingen-Schiffmacher, sees a photo of her childhood sweetheart, Ivar Vičs aka Dr. Rat, larger than life on the wall of the room on the punk graffiti of the 1970’s. There she meets Henriëtte Vičs, the mother of Ivar and shows her the blackbook with the pages she wrote after Ivar died of an overdose in 1981. Poet Diana Ozon who was running graffiti gallery Anus in the late 1970’s looks at her poem of graffiti on the museum walls.

An opening is always a special occasion, because all the stories and people come together. Not if we show old masters, but certainly when we deal with recent (art)history. At the opening of Graffiti. New York meets the Dam, many of the main characters of the story are present. The writers of the 1980’s and the urban artists of the present, Americans and Dutch artists, collectors and gallery owners. Memories are retrieved. One of the toughest writers even sheds a tear, moved because the work and stories of the ‘vandals’ who were once chased by police and metro staff, have now found a place in the city museums of New York and Amsterdam.

Escape through the Civic Guard Gallery

After the bar of the museum café has closed, the writers gather on the little square in St Luciënsteeg, next to the museum. The mood is boisterous, but luckily no one starts to tag the building. Jasper Krabbé (Jaz) keeps on saying how great it is that his work and photo’s of pieces by the USA crew are now on show in the Amsterdam Museum. "It’s too weird. In the 1980’s the museum has been my escape route. Together with Niels Meulman, I was busted for writing in the tram. " He was attached to the tram rail with handcuffs but managed to escape, when they were handed over to the police. Jasper and Niels ran through the Archer Gallery of the (then) Amsterdam Historical Museum, the public street full of paintings that’s open for all during opening hours of the museum, and got away.

The curators, producers and designers of the exhibition, museum director Paul Spies and the American writers who were present at the opening all gather in in ArtDeli restaurant. I sit next to Quik, the alter ego of Lin Felton. Finally time to have a longer conversation than quick exchanges during the opening.

I ask him about his first experiences in Amsterdam in 1983 when he came over because of an exhibition in Gallery Yaki Kornblit. "It changed my life", he says. On the Amsterdam streets, people kindly said hello to him. Never before had he experienced that unknown Caucasian people nodded and greeted him. In New York he was accustomed to his white downstairs neighbor, whom he passed each morning while he stood with his beer belly and a bottle in front of the building. The neighbor would snarl "nigger" at him. "After Amsterdam, I never ever wanted to live in New York again. Everyone was friendly and the town was so beautiful". Lin was amazed that all these beautiful houses and even churches were covered with graffiti. "But if that is the case", he said, "I am bombing too." Moreover tagging was a good way to find his way. Accustomed as he was to the straight streets of New York, he got always lost in the curved streets and canals of Amsterdam. "It's like dogs pissing" Quik laughed. He followed his own trail of tags back to his hotel in the Van Eeghen street.

Quik lives alternately in the Netherlands (a.o. Groningen and Maastricht), in Paris, Berlin and New York. One of his most beautiful experiences in the Netherlands was a workshop he gave in the Mesdag clinic where forensic patients are treated. "They really try to make people better here, a huge difference with American prisons", he says. Quik tells wonderful stories about his experiences as an English teacher. His students were very impressed with his handwriting on the board. "Mr. Felton, please write my name." He did, at least if they had made their homework. All around the dinner table stories are told and a few old feuds fought out. New York met the Dam. It was great to be part of it. 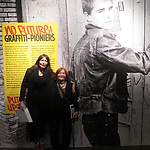 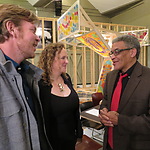 Graffiti in the museum means nothing but the death of an artform.....

Anonymous one - 6 years, 9 months ago

Any Skezoid on the wallz? 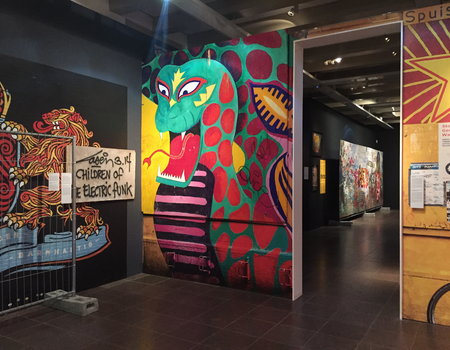 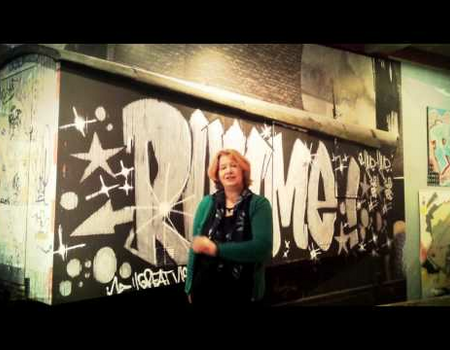 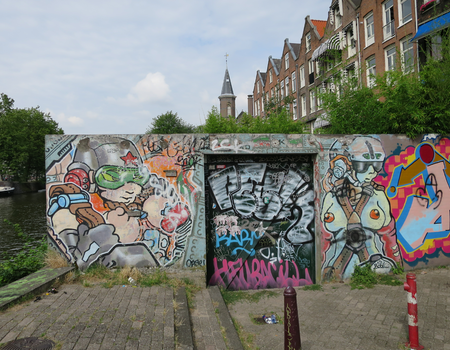 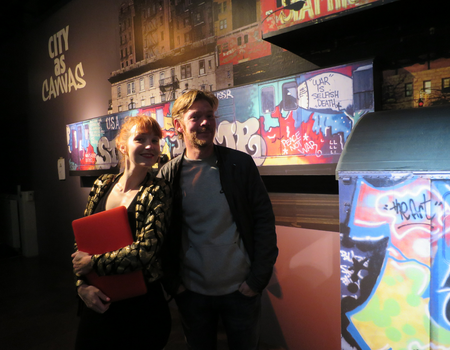 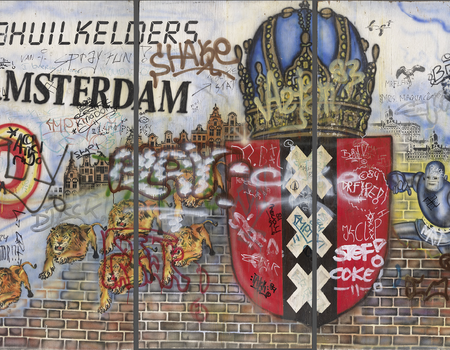