The seventh Queer History Talk took place in the Amsterdam Museum on Saturday 26 October. The subject was the Surinamese LGBTIQ+ community in the Netherlands.

The talk was given by Lionel Jokhoe, co-founder of SUHO, the first organization to be established in the Netherlands for gay Surinamese immigrants and Tieneke Sumter, who was actively involved with SUHO in the 1980s.

It was hosted by Wigbertson Julian Isenia, a PhD candidate at the University of Amsterdam (UvA), joint founder of the collective group Black Queer and Trans Resistance, and co-curator, together with Naomie Pieter, of the recent exhibition Nos Tei. Wigbertson is also a member of the Amsterdam Museum’s Queer History Talk’s external editorial board.

“I couldn’t be anything else!”

Lionel Jokhoe was the co-founder of SUHO, the first organization to be established in the Netherlands for gay Surinamese immigrants. It was established 40 years ago and marked a milestone in the country’s lgbtiq+ history.

Lionel began his talk by recounting his upbringing in a, according to him, “strongly lgbtiq+-unsympathetic society. I was born in 1951 in Suriname and brought up as a ‘normal’ young boy. But then I realised I was different. I was very much aware of how the community around me condemned homosexuality (instances of stone-throwing against gay men were not uncommon). Still, I realised I couldn’t be anything else!”

Lionel came to the Netherlands in 1971 in search of a more tolerant society. However, in the Netherlands, he encountered other problems. “I joined the COC branch in The Hague, but I was the only black man there. And I still couldn’t be open about my sexuality within the Surinamese community here, it was taboo. Additionally, I was also discriminated against within general Dutch society because of my colour. Double discrimination!

“I met my partner in 1977 and we are still together. In 1980, after coming out to my family, I made an interview for NOS radio which resulted in COC asking me if I wanted to do something for the Surinamese immigrant lgbtiq+ community in the Netherlands. I organised a workgroup and remember that first meeting – 35 people attended!”

Although Lionel encountered some opposition and racism – even within COC – that first meeting was the seed that eventually grew into SUHO. “We were SO busy!” he recounts.” Together with SUHO’s then chairman, Max Lievendag, we gave interviews, published pamphlets and newspapers, held discussion groups. We also made an information film for the Surinamese community in 1984, Matisma (1983). I’m not saying it was all plain sailing. There were many heavy discussions, especially during the Eighties, the time of the AIDS epidemic. There was a lot of negative imagery around. The epidemic and this imagery ultimately signalled SUHO’s demise.”

Lionel’s story was taken up by activist Tieneke Sumter, who came to SUHO as chairwoman when she was still in her late teens. She remembers it as being quite a male-dominated organisation. ‘Where are the women,’ she asked herself at the time. Some men within SUHO were also asking ‘Why do we need a separate women’s organisation within SUHO?’ She experienced the time spent there as very productive and busy. Also the ways in which members communicated with  each other: “There was no Internet then, no emails, everything had to be stencilled!”

The Eighties was a blossoming time for various women’s movements, and Tieneke was closely involved with a number of them, showing the intersection of struggles – “I remember taking part in a demonstration against abortion. 4,000 women were on the street protesting!”

Tieneke remembers SUHO as being a ‘safe place’ for women. “It was also an era for powerful women role models, Audre Lorde, for example. We learnt from each other, both black and white.”

Pride Walk Suriname – then and now

Coincidentally, this Queer History Talk took place at the same time Pride Walk Suriname 2019 was held in Paramaribo. Tieneke recalls the first time that she took part in a Pride Walk in Paramaribo way back in 2012. “I was scared as homosexuality was still described by some as a sickness. 150 people took part then, now there are lots more!”

Tieneke ended her talk with a tinge of regret as she sees the enthusiasm that characterised the setting up of SUHO diminished these days, especially among young people. Still, she is very proud of what SUHO has achieved. 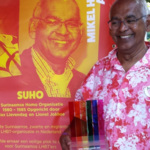 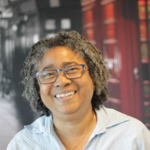 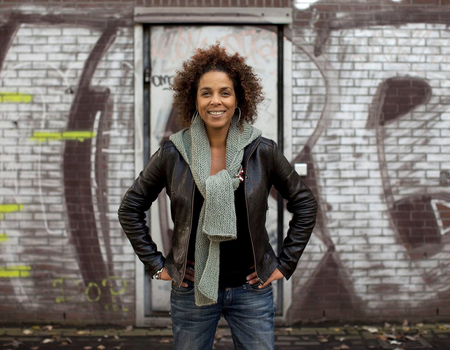 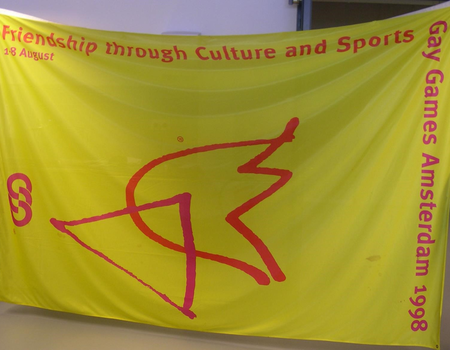 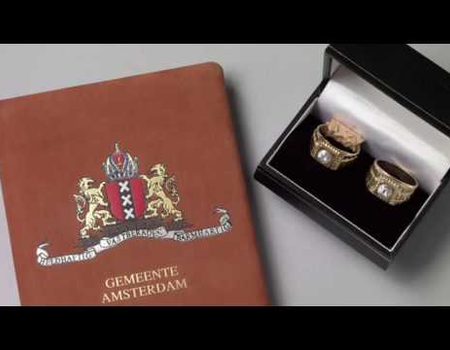 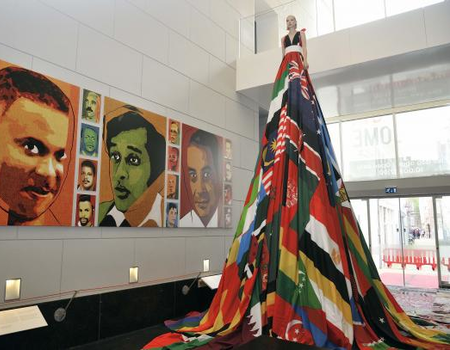