The Golden Age in the Netherlands was an era of world trade, the United East India Company, economic growth, wealth, silver, regents, cultural and religious diversity, flourishing science, high-quality art and the construction of the Amsterdam canals. But it was also a century of slavery and war. The 17th century is a historical period that continues to appeal to the imagination and is also regarded as the main basis on which the modern state of the Netherlands is founded. The Amsterdam Museum will tell the story of the Dutch Golden Age in stirring fashion, with the latest multimedia techniques and a treasure trove of world-class pieces by Rembrandt, Pieter de Hooch, Maerten de Vos, Dirck Hals and Melchior d’Hondecoeter, to name just a few.

A society in development
The 17th century is a historical period that continues to fire the imagination, and a time that is considered to be the foundation for the Netherlands as we know it today. The year 2013 will see commemorations of the 400th anniversary of the building of the Amsterdam canal ring and the 150th anniversary of the abolishment of slavery. What better moment to spotlight this turbulent century in a new exhibition? The production will present a unique perspective on the society of the Netherlands of the day, a society in the midst of enormous upheaval and movement. The exhibit will highlight the impact these changes had on politics, religion, economy and culture, and what they meant in the lives of real people, from serving maid to sailor to merchant.

Presentation of showpieces
The Amsterdam Museum will tell the story of the Dutch Golden Age with cutting-edge new media and world-class historic pieces. One such piece is Melchior d’ Hondecoeter's Vogels voor het stadhuis, an exotic illustration of the new urban extension of Amsterdam in 1613 and the economic prosperity of the day. Alongside masterpieces like Rembrandt's Elsje Christiaens and Tending the orphans by Jan de Bray, a number of other extraordinary objects will be on display, such as a forgotten chest filled with 17th century letters and the death mask of a Dutch general. The openness of 17th century society allowed an incredible variety of cultural expression, and that richness and variety will be seen in pieces by Rembrandt, Pieter de Hooch, Maerten de Vos, Dirck Hals and many others.

Bridging past and present
The exhibit will present the society of then as the birthplace of the Netherlands of now. History will be linked to the present at every turn. The series of contemporary portraits by photographer Hendrik Kerstens, which allude to the Dutch Masters of the 17th century, are particularly evocative as a modern echo of the olden days. 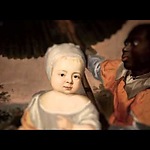 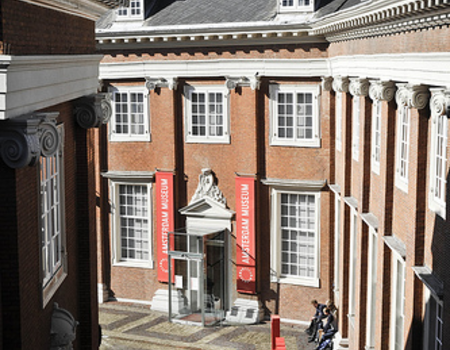 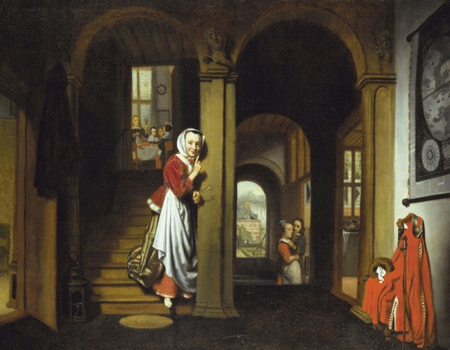 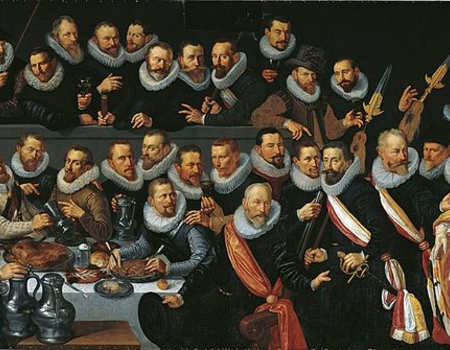 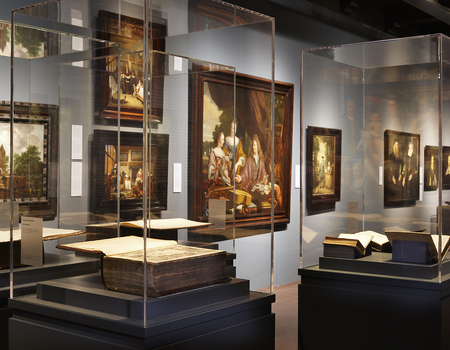 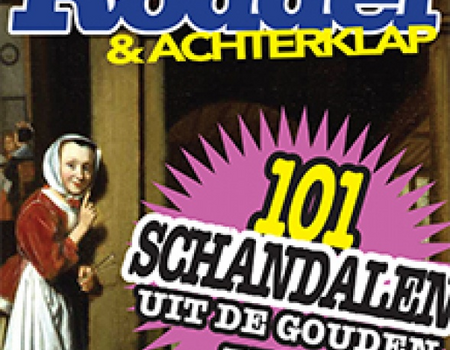