Figure 4. – paint sample side 3, next to left corner moulding (shell) in; a. polarised light, b. ultra violet light

Based on the stratification in the paint samples it was now possible to identify the various paint layers the stand had gotten over the years.
As it turned out in the very beginning the whole stand had been gilded.
Then, it was gilded again on a dark red paint. (Slow drying oilpaint was often used as a size layer and it also added a certain tone to the thin gold leaf).
Thirdly, it was gilded once more but recesses were now painted in two shades of blue. A dark blue for the areas around the acanthus leaves and scroll mouldings and a lighter tone of the same blue for the smaller recesses.
This was then followed by local re-gilding and over-painting with the off-white colour visible now.

Figure 5. - reconstruction drawing which shows the 3d stage of re-painting and gilding
Precisely establishing what the paint colours once were cannot be done on the basis of samples alone. It needs to be accompanied by so-called paint scrapes; by making small windows in the paint layers which may give a realistic macroscopic image of the paint - as it would appear when viewed with the naked eye. Ideally this is then followed by pigment analysis and identification of the binder.
This type of research could not be done however within the time frame of the conservation treatment.
(Similarly, a reconstruction / uncovering of an earlier gilding and/or paint scheme was not considered a feasible option for the moment.)
After the consolidation of the paint and the gilding, it was ready to be cleaned.
A gelled solution of citric acid and some EDTA in water at a pH of 6 worked well. The idea of using gelled cleaning solutions is that they are more controllable as they won’t run off the surface like a liquid would. The choice of cleaning materials further depends on the sensitivity of the painted surface and the type of dirt one has to remove – here mostly oil bound paint and floor grime.

Figure 6. – stand partially cleaned
Woodworm infestation had weakened some of the lime wood carving which had caused the loss of an acanthus leaf scroll. 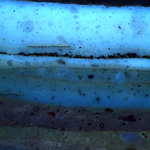 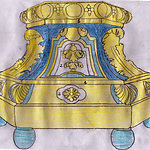 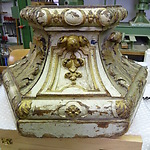 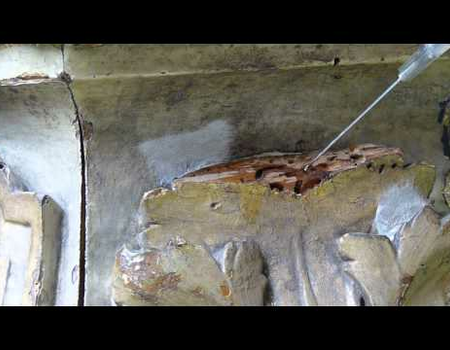 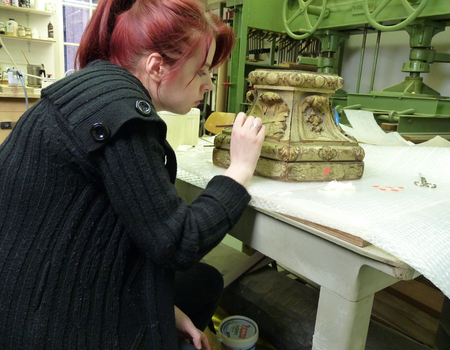 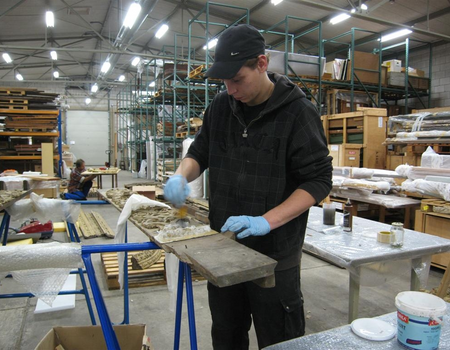 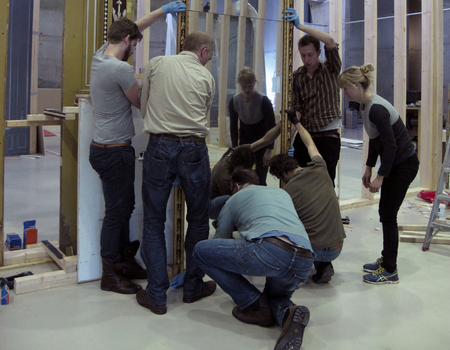 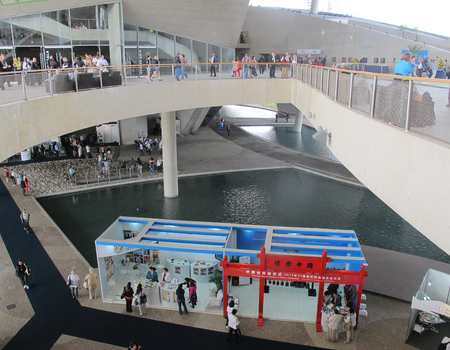