Last week the travelling exhibition about the relation between football and religion opened in Basel. Very appropriately in a church, now the Basel City museum. The exhibition started in Amsterdam in September 2014 and has arrived at its second stop before travelling on to Bremen, Lyon, Luxemburg, Liege, Barcelona and Moscow.

For me, as one of the curators of the exhibition, it was fascinating to see how it had changed. The concept of the exhibition, created by Amsterdam and Basel, is a mix of international and local/national panels. The local part is curated by the team of each participating museum. The exhibition, designed by Thomas Ebersbach, can be adapted to the space. The Baseler church adds real value to the exhibition. The space is completely different from the four rectangular rooms in the Amsterdam Museum, where there was less ‘competition’ with other objects. The panels with the large photographs from various EPA photographers showing the emotions surrounding football have a different impact in this large ‘religious’ space with its sculptures of saints and altars. My absolute favorite in Basel is a projection of Panini pictures of football ‘saints’ between beautiful wooden images of saints.

My fellow curator Margrit Ribbert has found some interesting objects, such as the model for designing choreographies, a loan from the FC Basel fans. The large model of the Allianz Arena in München (by Herzog and De Meuron) illustrates the way stadiums have become the spectacularly designed ‘cathedrals’ of today.

The popular objects in Amsterdam have moved to Basel: the replica of the Maradona altar from Naples, the coffin of FC Twente and the shirts from the project BloodinBloodout by Dutch designer Floor Wesseling. He mixes shirts of rival clubs or national teams. For the Basel Museum Floor has created a FC Basel-FC Zürich shirt that now stands alongside the Ajax-Feyenoord shirt from the collection of the Amsterdam Museum. The shirt caused an internet-row in the Netherlands. It’s interesting to note how the way the shirts are installed influences the impact they have. In Amsterdam the Ajax-Feyenoord shirt had its own protective glass case, while the others that were less sensitive for a Dutch audience (such as the Celtic-Rangers shirt) stood without protection. I asked Marie-Paule Jungblut, the director of the museum how the Baseler fans reacted to the Basel-Zürich shirt. So far, no one has objected.

Some of the texts have changed as well as the title: from Futball Hallejula! to Fussball - Glaube. Liebe. Hoffnung.

In Basel there seems to be slightly more emphasis than in Amsterdam on the good football brings than on negative aspects of the game like racism, hooliganism and commercialism. At our meetings we had discussed the tone of voice. Amsterdam is a more direct than Basel and we decided each city would adapt the texts to their local audience. The changes in the exhibition as it travels Europe will make an interesting research case for a museology student some day.
The catering of the opening is in football atmosphere as well, with a football field made out of sandwiches and a pan full of hot kalbswurst with mustard sauce. In the corner is a café with local beers and barkeepers in FB Basel shirts.

The exhibition Fussball - Glaube. Liebe. Hoffnung will be on show till august 16 in Historisches Museum Basel, Barfüsserplatz, Basel 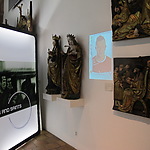 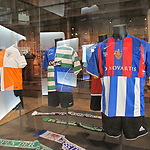 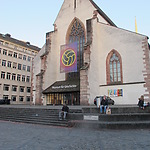 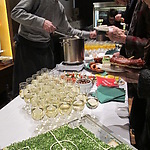 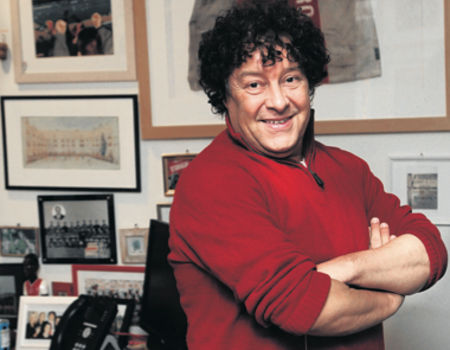 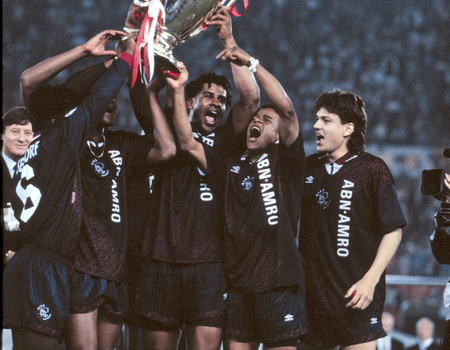 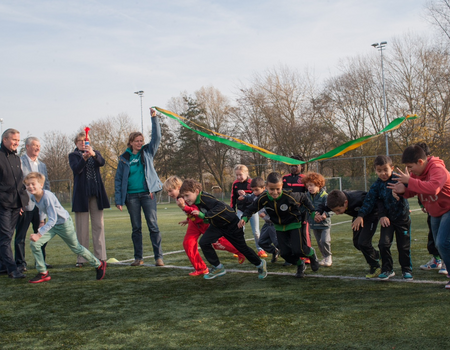 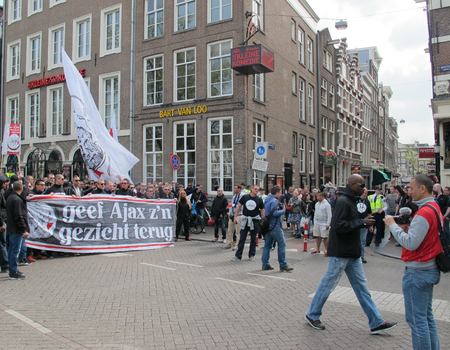 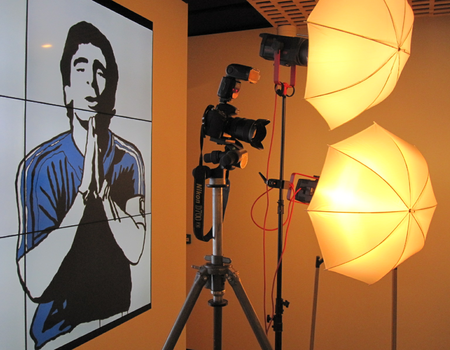