Conference: The Museum in the Global Contemporary

In the past fifty years the School of Museum Studies in Leicester has set the agenda for the field. Thousands of (aspiring) museum professionals from all over the world have studied in Leicester or took part in a long distance program. The jubilee conference had the broadest theme I ever encountered: The Museum in the Global Contemporary. Some personal notes.

Prof. Simon Knoll set the tone in his opening speech: ‘Global contemporary is a frame for leaving behind postmodernism, it is differentiated, it’s about awareness, about rethinking the museum in a world that’s more equal’. He called the contemporary: ‘a slice of time constantly changing’. If there is one thing the conference attendants shared, it is the wish to engage with the present. In Wales recent legislation even makes an activist museum practice, striving for equality in society, mandatory.

Conal McCarthy (University of Wellington) introduced us to Lisa Ward Kaitiaki, a Maori curator who catalogues and stores ‘her’ object according to spiritual values. ‘A different sense of ownership’, is one of the things I have noted during his lecture. Inviting different practices into the museum also changes one’s world view. I will never forgot Conal walking backwards, into the future, like the Maori do. Amy Levin (Northern Illinois University) challenged museums assumptions that ‘we make lives better’. Do we really? Maybe providing shelter to a small number of Syrian refugees like the Holocaust Memorial in Milan does, is a better option than our exhibitions or public programs. Anne Krebs of the Louvre said that museums are certainly capable of telling people: this has happened before, it’s not a disaster. One of the ways the Louvre makes lives better is through its programs in prisons and hospitals. The programs are being monitored for long term positive effects, but as Anne said, in the end what counts is the here and now, the temporary relief from prison boredom or hospital fear through art.

‘Who gets to belong in society?’ is (or should be) a basic question for museums. In migration exhibitions the biographical turn is still very present. In the Destination Tyneside exhibit migrants are presented as individuals. The research with focus groups showed that people are foremost interested in their ‘own’ group. Museums are for identity affirmation. But heritage institutions can also be conflict zones. Richard Sandell of the Leicester School of Museum Studies showed us a funny video about gay rights and heritage in Mississippi and the Ipad protest against the removal of a video work (depicting Christ) from the Smithsonian exhibition HideSeek. He ended with a quote from Mike B who protested against this censorship: ’Please tell your colleagues to have the courage to at least try.’ Andrea Witcomb (Deaking University) suggested that we go to museums to become a stranger and for museums to become places to trust strangers; places for an encounter with the self through an encounter with the other.

Many presenters talked about emotions in the museum. Because of my own research project I was keen not to miss those. Sheila Watson of the School of Museum Studies has been researching emotions for quite some time. She helped the Norwich Castle to find out why they are not attractive for the locals. The castle ‘doesn’t have an emotional narrative’, she concluded after the talks with Norwich inhabitants.  She questions the ‘Authorised Heritage Discourse’ and its focus on architecture. ‘Make it feel like a castle’ the locals suggested the staff of Norwich Castle, ‘it’s not important if it is not authentic’. Artist and curator Matt Smith solves the lack of authentic objects, for instance related to LGTB history, in another way: ‘That is the beauty of being an artist: if the objects are not there, you go home and make them’. I had seen his work already at our Queering the collecting conference in 2015. Matt started at the School of Museum studies, but left after discovering the artistic interventions in museums by Fred Wilson. Recently at the V & A Matt produced new work, read and presented collections in a different way and created public programs such as the ‘rainbow family trail’, unpicking the implicit heterosexuality of the museum.

A conference like this is a great way to stay informed of the current museumspeak. Identity is too unspecific, said  Rhiannon Mason (University of Newcastle). She suggested instead identification, intersectionality or belonging. Bill Haley of Haley Sharpe Design (sponsor of the conference) gave us an overview of museum words during his amusing after dinner talk on the second day: deconstructing neutrality, laboratory, choir effect, sociomuseology, immersion, participation…..

A conference is a place for learning from others. Rhiannon Mason also tries, like I do in my research, to make sense of what people see. She uses Google glasses to record the way they look and afterwards plays it back with them while talking about the narrative of what they have seen. Viviane Gosselin of the Museum of Vancouver - with one of the most radical mission statements I ever heard: to lead provocative conversations about Vancouver’s past, present and future – showed us great pictures from Sex Talks in the City and shared the ways she co-curated the exhibition with an expanding advisory board. At another lecture I noted the use in museums of geographical markers in the city: river, bridges, artworks, the beaches, the parks that refugees use to become familiar with a new places. I hope I also inspired others with my presentation about Framing Prostitution. The participants certainly liked that they were asked to contribute their own feelings and opinions about artworks and objects, rather than only sit and listen. And, like with the Vancouver Museum, they appreciated talking frankly about difficult subjects. And after a complaint about budget cuts in British museums, it was refreshing to hear Csilla Ariese-Vandemeulebroucke, who is reseching museums in the Caribbean, say that in some parts of the world they can only dream about the budgets we think of as tight.

Wayne Modest from the Dutch Wereldmuseum was not the only one to comment on the gap between the hopes in museums and the upcoming fears in Europe, and he did so very convincing. 'Isn’t the optimism that we prefer in museums preventing us from change? There is still a lot of self-patting on the back, and few museum professionals are willing to think ‘I am white and I am radically implicated in inequality’'. Just like Richard Sandell, Wayne urged us to try a little harder to re-enter politics into the curatorial project. He suggested we do away with the ICOM definition and create instead museums that want to inspire every visitor to think who they are in relation to others. And he urged to think more about why some people are always the Self and never the Other. 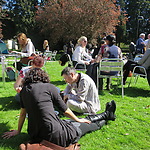 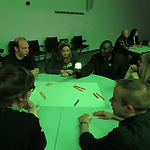 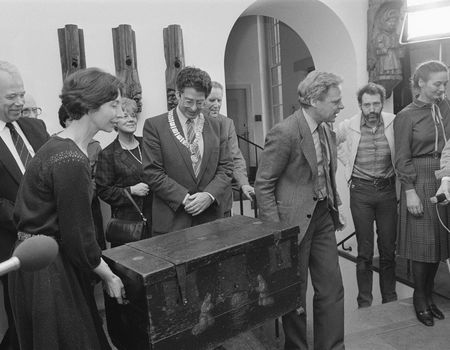 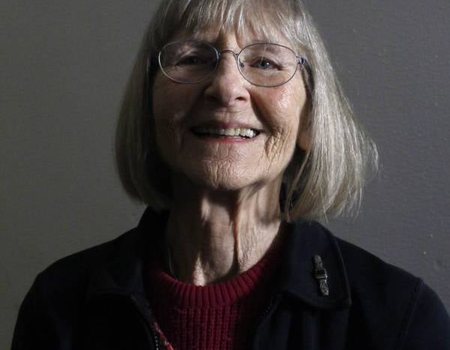 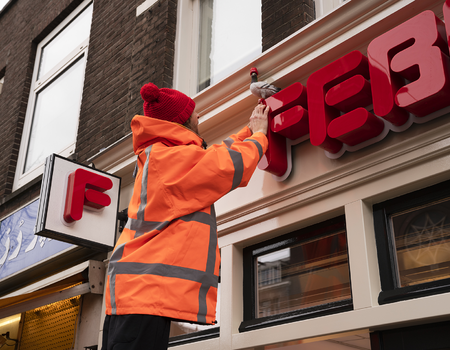 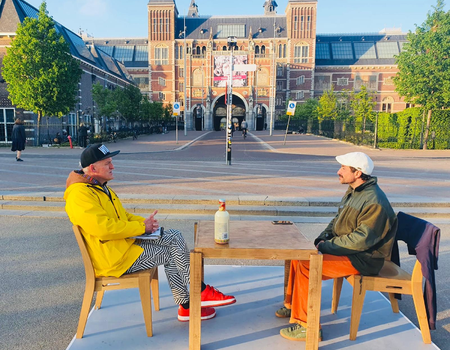 The Artist is (Not) Present
Bekijk alles