The football exhibition in Lyon

Our travelling exhibition Football Halleluja! is now in Lyon (until September 4th). Of course it had to be on show in France during the UEFA European Championship 2016. Last week I visited the exhibition in the beautiful Musée Gadagne in the old town of Lyon. The poster by Kamp Seedorf with the divine Maradona works equally well there as in Amsterdam.

It is fascinating to see the exhibition change from one place to the other. After Amsterdam it went to our co-producer: the Basel History Museum, housed in a church. Unfortunately I missed the show in Bremen, but I hope to see it in Luxembourg (october 2016 – march 2017), Luik (april – dec 2017), Barcelona (spring 2018) and Moskou (2018). In all these places general international panels are combined with specially adapted local panels showing local football gods, rituals and rivalries.

The design by Thomas Ebersbach from Leipzig suits the 16th and 17th century rooms of the Lyon city museum well. Walking round the exhibition with curator Anne Lasseur brought back memories of our struggle to show this complicated story about football as ‘the new religion’ in a way that would be global as well as local. After the initial designs had moved backwards and forwards between Amsterdam, Basel and Leipzig, my colleague Sander Rutjens suggested we would use fragments of the photos showing the emotions of the game as the backdrop of the panels. Here in the rooms of Musee Gadagne I realize again how well these facial expressions show the passion football evokes in people. Thanks again for the generosity of the European Pressphoto Agency  (EPA) that allowed us to use these powerful photo’s.

It’s good to see the familiar objects from the exhibition, such as the wooden statues used by Voodoo-priest Serge Hounpatin to help the team from Togo to win and the the Maradona altar. This is a replica made by the same man who created the original  altar - around  a few hairs of Maradona - for a bar owner in Naples. Some objects were too sensitive for Lyon, such as the coffin we had borrowed from Vredehof Uitvaartverzorging, designed for the burial of the most passionate FC Twente fans.

Help from above and help from the stands

Like me, Anne Lasseur had very little knowledge about football before the start of this project. I was lucky with fellow curator Tom van der Molen, a passionate Ajax fan, and people like David Endt, Floor Wesseling and many others who told me about the game. Ronald Pieloor, introduced me to various fans from the different sections of the stadium, so I could watch the game from the  F-side, Vak 410 as well as the VIP section.

Anne’s co-curator was Vincent Duluc, journalist at l’Equipe. He started to laugh when she asked him which books to read about football. ‘You have to come to the stadium’.

With him she also discussed the possible reactions to the Olympique Lyonnais-Saint Etienne rival shirt, that Floor Wesseling created for the exhibition in Lyon. They are part of the Bloodinbloodout project. In Amsterdam the Ajax-Feyenoord shirt caused quiet an uproar on internet . We had put it behind glass, while the shirts in Lyon are out in the open. No problems there, although not everyone liked the mix. I hope one day a Reinwardt-academy- or museology student will do a comparison between the different European venues of the football exhibition.

The Musee Gadagne has some nice novelties to the exhibition. Of course in France, the country of the bd (bande dessinée - graphic novel), one would find a monthly magazine like Les Rues de Lyon, about the history of the city. They made a special issue Lyon Football, 5 histories outside the stadium. One story shows the 17th century City Hall, visited by Napoleon and De Gaulle and the place where the Lyonnais team is cheered by its supporters after victories: ‘Qui ne saute pas, n’est pas Lyonnais’. That reminds me of the (in)famous ‘who does not jump is not a jew’ of the Ajaxfans.

Another graphic story in the album shows the comparison between the burial of King Louis IX in the Lyon cathedral and the funeral mass for Cameroon player Marc-Vivien Foé who died during a match in June 2009. In some of the rooms of the permanent exhibition large prints of the stories connect these historic places to the game and to the present.

The museum commissioned anthropologist Péroline Barbet to make videoportraits about the emotions around the game. Star player Sidney Govou tells about the sense of collectivity, as a child, going together to matches with his team in the parents’ cars, and now as a player, driven by the crowds around him to score a goal. In another of the seven portraits Joahn Silvestri, capo of the Virage Nord in the stadium, explains his role in putting positive pressure on the team. One has to choose the right chant for the moment of the game. All the portraits are all online, alas without subtitles.

If you go to the museum Gadagne (vaut le detour as they see in the Guide Michelin), don’t forget to have a tea or lunch at the beautiful garden restaurant on top of the museum.

There, as in the museum itself, you will see visitors that are new to the museum. With Divinement Foot! the museum Lyon managed to attract new visitors, football fans who brought their (grand)children. And, just like with us: more men than usual. To attract some more visitors and do some etnographic reseach into football tattoos, I suggested to organize a 'tatouage de foot' competition, like we did in Amsterdam during the final weeks of the exhibition. Maybe Alexandre Lacazette of OL wants to join the jury like Ajax tattood players Niki Zimling en Lasse Schöne did in Amsterdam.

The tour of the Football Hallejula! exhibition continues: 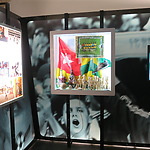 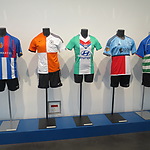 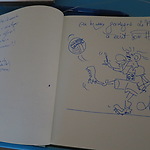 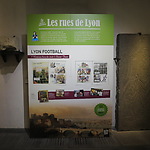 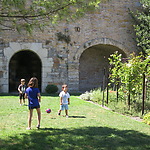 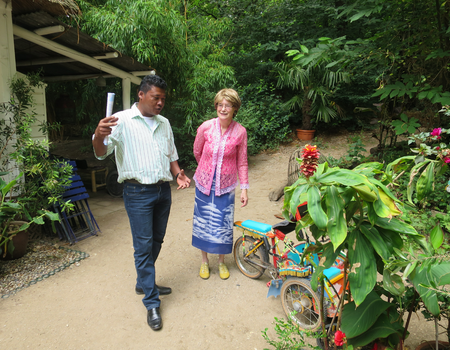 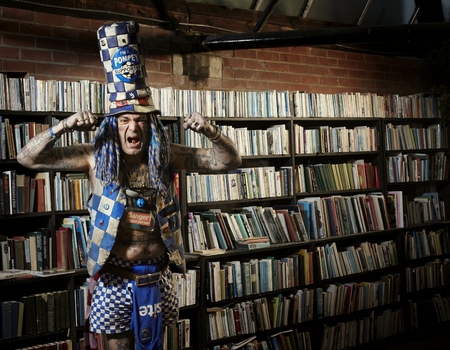 Pompey till I die 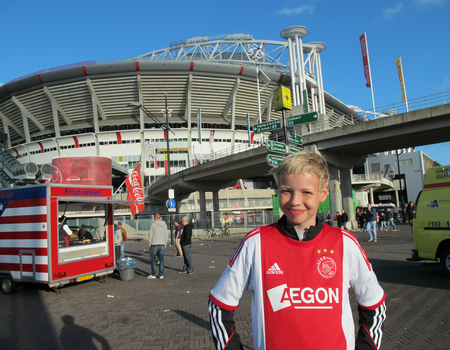 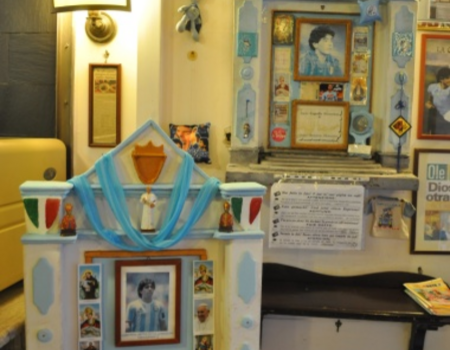